music was not the first love

but we grew together over time.

This project is about songs and about us creating music. It's a move to share the melodies and thoughts we've been given. These songs are not perfect, but as human beeings we are all limited. Even so, we hope they'll warm your heart, move your thoughts and you'll enjoy the music. We hope the melodies creep into your ears and are of good company every minute of your day. Writing lyrics and creating music is the way we love to express ourselves. It brings us deep satisfaction when we can express our very personal emotions in a somehow coded but also public way.

we need to tell about another love of life

But it is more than just that: The ancient book tells a story about an insane guy who was told by God that the end of the known world would come through a great flood. And that he should build a huge arch to save people and animals. Pretty insane if you consider that in his days not a single drop of water has dropped from the skies yet!! Of course, (as expected) only few people believed him. He spent many, many years for building that arch, but still nobody accepted the chance to be saved. At a certain time, it was too late - everyone saw the disaster when it eventually happened

Some thousand years later, another guy considered "insane" by many (named Jesus), also talked about the world's end and he related the very same story of Noah and the flood to the "end of the world" which would happen through his second arrival. Pretty insane, huh? But we think it's truth. the relationship with him wasn't at first sight either, nevertheless, a long term changing experience. Jesus is the ONE above all and yet so near, I only need to whisper and he hears. He's definitely my best long term friend and I strongly believe he's capable of having a lot more close friends. so why not make friendship with him? 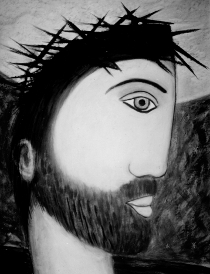 a painting of Jesus by urban don 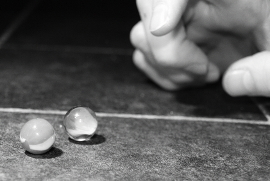