This song is inspired by the movie "lord of war

" by Andrew Niccol. It is about the very unpleasant topic of selling weapons. I don't recommend the film, but the result of watching it was a deep feeling of helplessness against a machinery of power and money. Maybe this film is just a story, but somehow I fear that reality is not too far away (or is even worse).

This song was recorded live, meaning drums, piano, guitar and bass together. We had a nice day together, rehearsing, eating pizza and recording. Everybody said we should do that again. I hope we will. Of course the vocals, some keyboards, and other parts have been overdubbed later on. And - I confess - there is some editing on it, too. 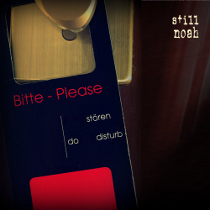 It's hard to describe the own music style.

I'm just in between beeing enthusiastic about it and giving hard-hitting critics on every particular song I made.

In any case: It's a question of taste and quality. And knowing about my own limitations and that home made (and partly self played) music will never get the quality I'd like to achieve, I've just adjust myself to these facts. Still I try walk the road between pop and rock music and add some spice ( = my own style). Decide for yourself if I'm doing well.